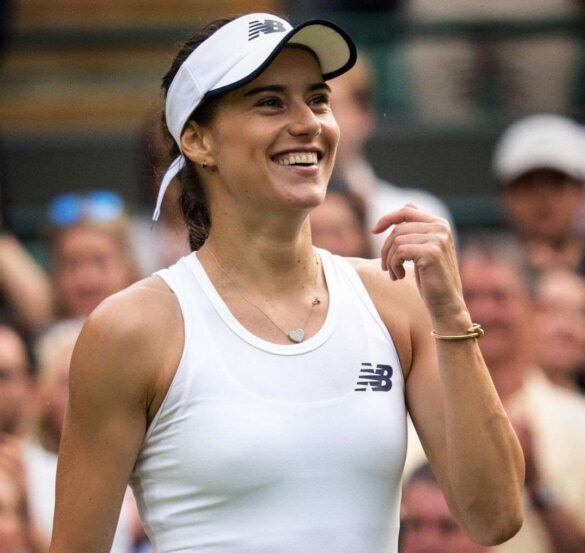 Professional tennis player Sorana Cirstea hails from Romania and is ranked number 21 in the world in the singles category for 2013. Also, Sorana Cirstea placed 35th in 2009. Furthermore, she competed in the 2009 French Open quarterfinals. She finished in the top three in the 2013 Rogers Cup.

The notable tennis player and social media personality was born in Bucharest, Romania, on April 7, 1990. She belongs to a Christian family. She attended a nearby Romanian school for primary and secondary education. Then she enrolled in the university to finalize her graduation.

Since her childhood, sori has participated in all ball sports. But her interest developed in tennis due to her mother.

She started playing tennis when she was four years old, thanks to her mother. On the ITF Junior Circuit, Sorana ranked among the top 10. She also qualified for the Budapest Grand Prix final in April 2007. She has become the first Romanian to reach a WTA Tour final since Ruxandra Dragomir in June 2000.

Moreover, she competed for Romania in the women’s singles event at the 2008 Summer Olympics but was defeated by Shahar Pe’er in the opening round. She also achieved her first two WTA doubles victories that year. At the end of 2008, despite being only 18 years old, she was ranked No. 1 in Romania and 36 in the WTA singles rankings.

She beat Kimiko Date-Krumm and Maret Ani to qualify for the singles quarterfinals at the 2009 Estoril Open, where she dropped to the eventual winner Yanina Wickmayer.

Furthermore, lady Sorana has collaborated with Yonex, a tennis equipment manufacturer, and New Balance, a well-known sportswear manufacturer. She also works for the Wilson and Adidas brands.

Sorana Cirstea weighs about 73kg and is 5’9″ tall. She has a strong muscular and athletic physique. Her attractive big dark brown eyes and silky black hair completely matches. The sportsperson has an appealing personality.

Sorana Cirstea made her first post in June 2014 on Instagram. The lady has over 154k followers with 650 plus posts. The woman mostly posts her tennis-playing photos and videos from the tennis court on her IG. She occasionally posts about her lifestyle, trips, and travel. She also updates her Instagram stories with information about her outfits, travels, and workouts.

Sori joined Instagram in April 2010. With 3.7k plus tweets, she has over 163k followers. The celebrity uploads here the photos and videos from the tennis court. She interacts with her fans through regular posts.

On June 18, 2017, she posted a picture with her father(Mihai Cristea) on Instagram while wishing him Father’s Day. Her mother is Liliana Cirstea. And she’s the sister of only one brother (Mihnea).

Sorana’s relationship status is a secret. She doesn’t want to disclose it right now. According to our research, the lady has never been a part of controversies or previously engaged.

Sorana Cirstea’s estimated net worth is about $7 million. Sorana Cirstea has amassed a sizable sum of money from her tennis career and brand endorsements as a tennis player. She won $733,340 in prize money in 2021 from 37 victories in various competitions.

Who is Sorana Cirstea?

Sorana is a professional tennis player and social media celebrity. She has appeared in numerous international tennis tournaments.

What is the age of Sorana Cirstea?

Where is Sorana Cirstea from?

Sorana Cirstea is from Bucharest, Romania

How much is Sorana Cirstea’s net worth?

Who is Alessandra Pace?, Biography, Contact Info, Family, Career, 1 of the...