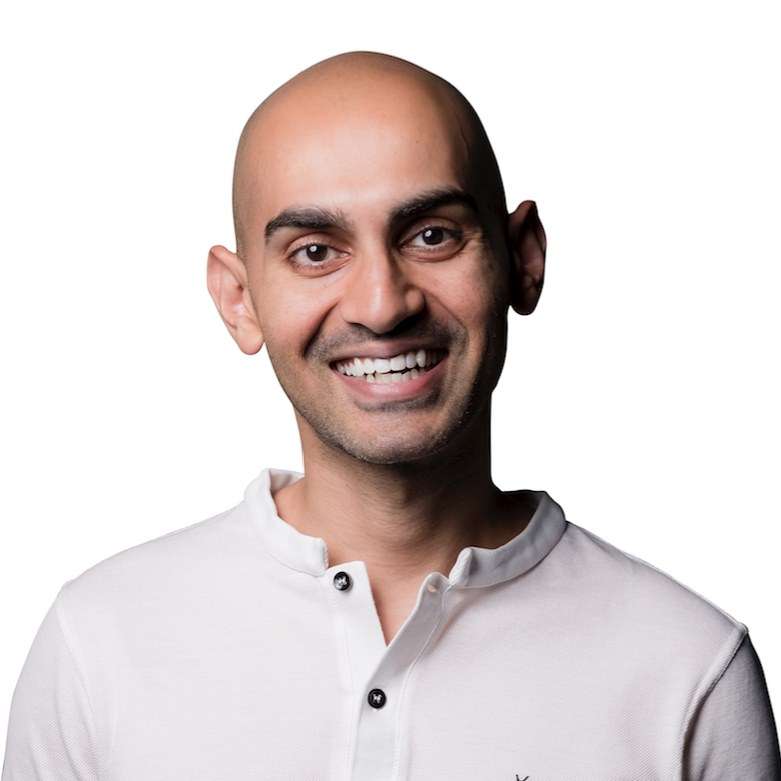 Regarding content marketing and search engines, Neil Patel is the real guru of digital marketing. According to Forbes, he is among the leading ten digital influencers and the driving force behind SEO education.

The greatest thing about Neil Patel is that he has put everything he preaches into practice as a co-founder of companies like Crazy Egg, HelloBar, Kissmetrics, and others. In addition to his own businesses, he has advised and growth-hacked organizations like NBC, Hewlett-Packard, General Motors, and Amazon.

Neil was born in London, England, on April 24, 1985. When he was 2 years old, his family moved to Orange County, CA. Like the majority of first-generation immigrants in America, his family initially experienced hardship.

One of Neil’s uncles was the employer of his father. His mother’s first job was a long-distance, unpaid teaching position that required her to travel miles. His mother eventually quit her position as a teacher to launch a daycare center in her home. Throughout his childhood, his parents and uncles served as examples for him, exemplifying tenacity and an entrepreneurial spirit.

He then decided to start his own Oracle consulting business. Sadly, Neil had two significant obstacles in his way: he wasn’t even close to being 18 years old, as well as he didn’t have a college degree.

Neil was able to begin college while still in high school with the aid of his sister by enrolling in general education classes at Cypress Community College. He aimed to complete college in just 2.5 years. He landed his first job as an SEO consultant while still in college.

In his Speech 101 class, he spoke about how search engines operate, and one of the audience members inquired about his consulting services for Elpac Electronics regarding their Internet marketing strategy. He obtained a $3,500 per month consulting position by employing the sales skills he had learned from selling vacuum cleaners.

Neil is active in numerous projects. The websites Crazy Egg, Neil Patel Digital, Kissmetrics, his SEO tool Ubersuggest, and his popular podcast Marketing School are some of his best-known works. Neil has always been intrigued by the entrepreneur’s way of life. He envisioned himself and his sister leading prosperous lives.

He intended to become an entrepreneur at Monster.com to earn a steady income, but after researching it, he found that there weren’t any openings there for him. Instead of hanging around, Neil decided to launch a similar.com company that would offer a reliable source of income and allow him to pursue his passion for entrepreneurship.

So Neil started his own business, similar to Monster.com, and spent about $5000 on development.

Neil Patel believed that without marketing, he would not have any success with his website. To market his service, Neil hired an online marketing company. He collaborated with them until he realized they were of no assistance. Neil then fired the business and hired a few more, only to discover that they all provided nothing.

Internet marketing service providers conned Neil. It infuriated him, so he chose to research the internet more. He began utilizing it in his own company as well, but because he’d already invested more than $5000 in it, he gave up on his portal.

Neil published a book on how to hustle. With the assistance of other authors, he wrote it. The book’s title is Hustle: The Power to Charge Your Life with Money, Meaning, and Momentum. Despite their lack of life or business experience, the book shows aspiring business owners how to succeed.

The book is receiving positive reviews on various lists, including the bestseller lists for the New York Times and the Los Angeles Times.

According to some sources, Neil’s mother is Pratima Patel, and his father is Kiran Patel. However, it has not yet been verified. He has one sister whose name is Amee.

Her girlfriend Michelle, who is now her wife. On May 22, 2019, the couple welcomed a daughter into the world. In June 2021, he received another blessing, and on Father’s Day, he posted a picture of the new addition to his family.

The estimated net worth of Neil Patel is $30 million. He has used a variety of resources to build such a remarkable capital. He has mainly made his wealth through his website and other online resources. His blogging work has greatly aided him in building up his revenue.

Neil Patel is also capable of making a sizable sum of money from brand advertisements and promotions. Despite this, he has become wealthier because he is a New York Times best-selling author.

In addition, Neil Patel has worked with numerous other brands and businesses, such as NBC, HP, Amazon, and Viacom. His businesses, including Quicksprout and KISSMetrics, are expanding quickly. To a large extent, these two companies are responsible for Neil Patel’s wealth.

When was Neil Patel born?

What is Neil Patel’s net worth?

What is the height of Neil Patel?

Where is Neil Patel’s residence?

Who is the spouse of Neil Patel?

The well-known digital marketing guru is married to his girlfriend, Michelle.