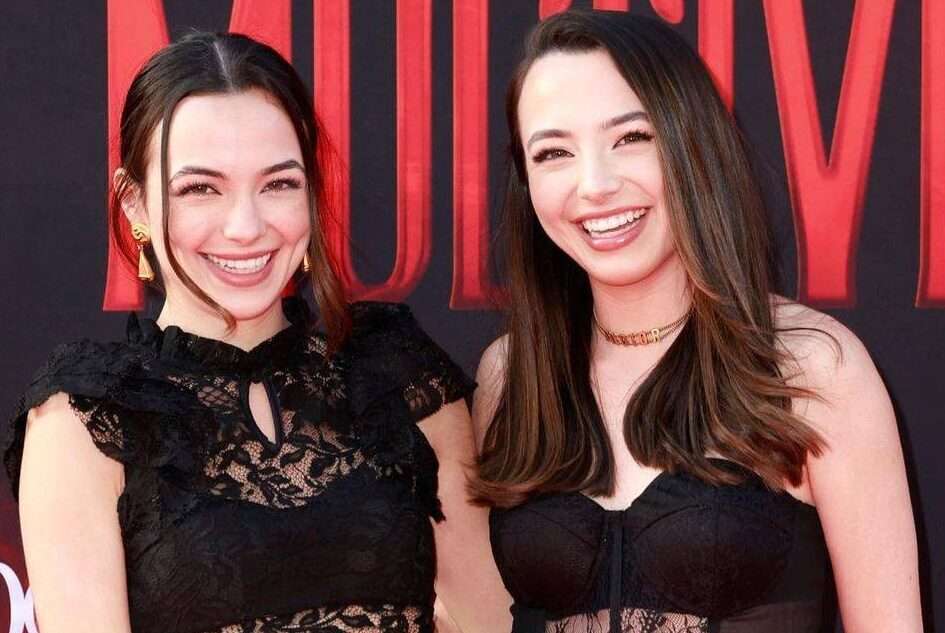 Merrell Twins were born in Kansas City, Missouri, on August 26, 1996, and they are Virgos by their zodiac sign(Virgo women are kind and protective. A Virgo lady understands that everyone has unique wants and perceptions of affection. She makes a concerted effort to be empathic; therefore, she can frequently switch between emotions and sentiments).

Merrell Twins have almost the same body statistics and measurements as they are 5’2 in height. Vanessa weighs 50kg, and Veronica weighs 52kg; the other sizes are unknown.

The Merrell Twins started attending California State University, Northridge, in 2015. Vanessa was studying TV production, while Veronica was pursuing screenplay. To chase their extraordinary dream of becoming YouTube stars, the girls moved from Kansas City to Los Angeles. At the time, they were both sixteen years old.

In 2009, The Merrell Twins first uploaded videos on YouTube. Their father, Paul Merrell, creates and edits their videos. They made three YouTube channels, each featuring a unique genre of entertainment content:

The females upload various videos to their media, including original comedic routines, music videos, renditions of well-known songs, and challenges.

They frequently appear in Awesomeness-TV videos and play recurrent characters in Jane the Virgin. “The Standoff,” a movie from 2016, featured them. They received the “YouNower“ of the Year award at the 8th Shorty Awards in 2016.

In 2016, they took up the Streamy Award for Best Live Social Media.

In July 2014, Merrell Twins released the merch @Fanjoy, the online shop of the clothing brand.

At the 11th Shorty Awards in 2019, they were up for Best YouTube Ensemble. They received a nomination for Favorite Female Social Star at the 2020 Kids’ Choice Awards.

The twins created “Twin My Heart“ in partnership with AwesomenessTV intending to help one of the twins, Vanessa Merrell, find love. A second season including Franny Arrieta and Nezza, two of the twins’ best friends, was released in 2020 as a result of the popularity of season one. “Where is My Romeo?” “Prom Knight” and “Breaking into College” are three online series they also developed and appeared in these series.

Merrell Twins are also great singers as they release many funny and fantastic songs, just as Runner Runner, Guacamole WAP Parody, What in the world Etc each video song crossed above 1Million views, so If you want to listen to their songs, click here!

In The Year 2017 – Hyperlinked (Rolled Chrissy and Missy)

In The Year 2020 – Prom Knight (Rolled as Natalie and Riley)

In The Year 2020 – Mystery Twin Bin (Rolled as themselves)

In The Year 2018 – YouTube Rewind: Everyone Controls Rewind (Rolled as themselves).

In 2016, the Merrell Twins won the Shorty Awards in the category “YouNower of the Year.”

In 2016, the Merrell Twins won the Streamy Awards in the category of “Live.”

In 2018, the Merrell Twins won the Streamy Awards in the Category “Lifestyle.”

In 2017, the Merrell Twins were  nominated two times in the same year for Teen Choice Awards in the category “Choice Female Web star.”

In 2018, the Merrell Twins were nominated for Teen Choice Awards in the “Choice YouTuber category.”

In 2019, the Merrell Twins were nominated for Shorty Awards in the “Best YouTube Ensemble category.”

In 2020, the Merrell Twins were nominated for Kid’s Choice Awards in the “Favorite Female Star category.”

They are now working on various projects and have 6.16 Million subscribers on their YouTube Channel & become popular.

Merrel Twins associates with SuperSaf; Safwan AhmedMia, a Muslim actor from Britain, is well-known online. SuperSaf, one of the top IT influencers in the UK, is a famous user of social media, a YouTuber, and a business owner. His most prominent YouTube channel SuperSaf TV is known for its technical content and boasts more than 1.9 million subscribers and more than total video views.

Merrell Twins launched their primary channel on November 17, 2009, and they currently have 6.16 million subscribers and over 1 Billion views on YouTube. They upload vlogs about their daily lives and events and music, singing, and comedy videos on their main channel.

On July 15, 2016, the Merrell Twins started their 2nd YouTube channel, which has since garnered 815k followers and more than 47 million views. They post vlogs, behind-the-scenes, lifestyle, and other fun videos to their 2nd  channel in addition to vlogs about their daily activities and events.

The Merrell Twins debuted their primary YouTube account on April 26, 2017, and since then, it has accumulated 751k  subscribers and more than 108 million views. They play video games, do live cooking shows, chat with all of their fans, Etc.

Merrell Twins has 1.7 million followers on their Instagram account, and they upload beautiful pictures and funny videos, short comedy skits, announcements of their new release YouTube videos, and more.

Merrell Twins are also available on TikTok as they have 987.5k followers with 26.9 million likes on their TikTok videos. They upload funny content like short comedy skits, Vlogs, and other random stuff on their TikTok and try to make people laugh.

They provided their Gmail for business inquiries:

As we discussed earlier the Merrell Twins are identical twin sisters, Veronica Merrell and Vanessa Merrell.

Veronica Merrell and YouTuber Aaron Burriss got married on December 27, 2021, and no doubt they make a perfect couple and look good together.

Vanessa Merrell made the news of her engagement to musician John Vaughn on September 7, 2022.

The twins have developed a sizable following on social media and a reliable source of revenue as social media personalities. Each sister’s net worth was expected to be $2 million to $3 million as of 2022.

Their acting and YouTube accounts are their primary sources of income. In addition, they get income via sponsorships and advertising, Merch, singing Etc. The well-known sisters debuted TRUE IMG, their apparel line, in 2018.

Who are Merrell Twins?

How Old are Merrell Twins?

Are Merrell Twins in a relationship?

Veronica has married a YouTuber, Auron Burriss, and Vanessa has recently engaged to a musician John Vaughn.

On which date does the Merrell Twins celebrate her birthday?

What is the net worth/total earnings of Merrell Twins in 2022?

Paul Gruber Biography, Net Worth, Family, and Everything You Want to Know about pronunciationworkshop